For twenty-odd years I have been a fan of Japanese art: woodblock prints, paintings, scrolls, and furniture. Last year, on a chance Saturday trip to nearby Inokashira Park, I happened upon an art form that a) I didn’t expect to find in Japan, and b) until I did, I suspect I would not have considered it a true art form (but I do now, believe me!). This past Tuesday, I had the opportunity to pay another visit to Inokashira Park, and to my surprise, on a weekday in the dead of winter, the artist was again busy at work, and with a gaggle of approving spectators close at hand.

The artist is Moto-san, a fifty-three year old gentleman whose sense of humor and charm transcend both age and language. Several afternoons each week, he can be found in Inokashira delighting children of all ages, doing magic and crafting the most elaborate balloon figurines I have ever seen. There is more than a bit of the showman in Moto-san; think “Ronald McDonald meets Elton John”, and you would not be far off in the assessment of his costume. His hair is dyed raspberry pink and shaved into the shape of a heart at the crown. 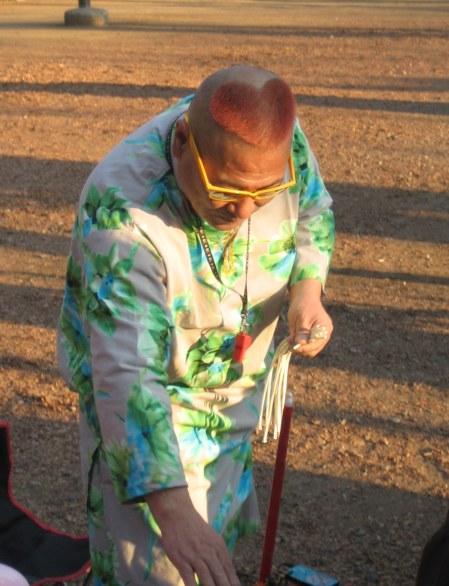 He keeps up a relentless patter which is immensely entertaining even to a non-Japanese speaker; judging by the crowd response, it is even more so to those who do speak Japanese. He engages audience members young and old, bringing them into his tricks and making them look a bit silly in the process, to the immense amusement of those not chosen. As the only foreigner in the crowd, I knew I was going to be singled out for some special treatment, and indeed I was. I was given a balloon to inflate, a simple thin balloon that was going to look sort of like an extended sausage when blown up. That was the plan, at least. The fact of the matter was that I met with exactly no success whatsoever, occasioning peals of laughter and shouts of encouragement from those standing close by. One of the three others chosen for this experiment had better luck (or lungs) than I, but the other two met with dismal results. Then, with a sigh of feigned disgust, Moto-san retrieved the four balloons from us and proceeded to blow them up, in unison—with his NOSE! 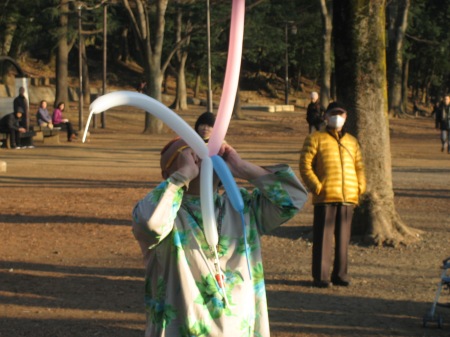 (For an encore, he blew up a rubber glove, of the sort used to protect delicate hands when washing dishes, and continued inflating it until it was the size of a turkey, at which point it popped! As soon as I figure out how to upload videos, I will add a few; in the meantime, check out this link at YouTube: http://www.youtube.com/watch?v=-g7Vjak65Mk)

Oddly, this whole experience left me feeling a bit philosophical (at least after I got my breath back and my eardrums stopped hurting). The purpose of art, I think, is to appeal to different people in different ways, to touch some part of them that daily life doesn’t typically reach. Perhaps it brings them a sense of peace, or longing, or insight, or even unease, but in the best cases, it makes them reconsider their assumptions about beauty in all its various forms. It can bring out the wonder of a child in the heart of a rather more jaded adult. It can bring back memories of a simpler or happier time. And for a child, it can open up a world of magic and imagination that can add broad washes of color to their later lives. If that seems an acceptable definition of art, then there can be little argument that Moto-san is an artist, a living national treasure. Just have a look at the faces of his harshest critics: 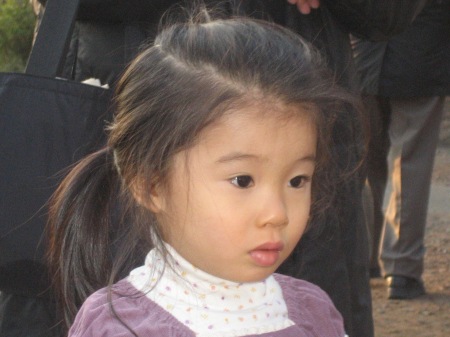 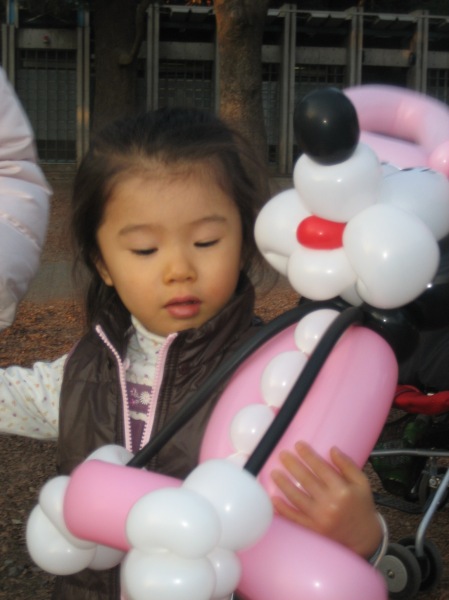 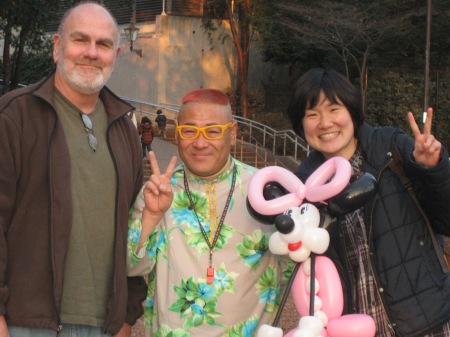